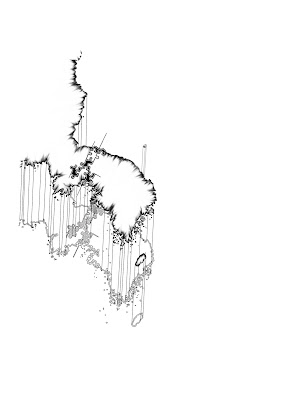 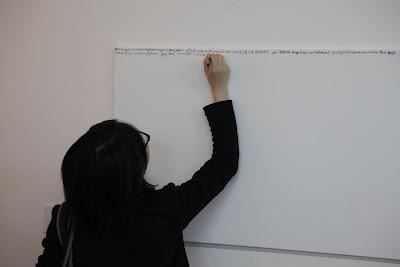 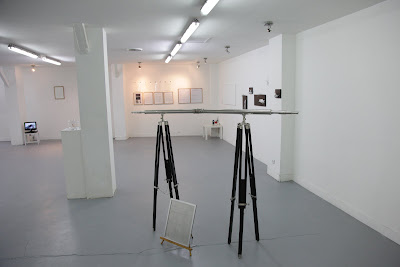 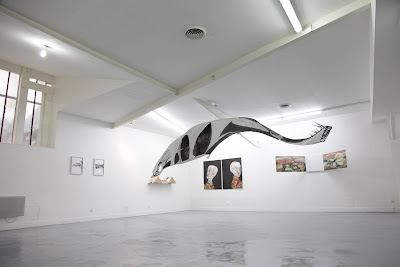 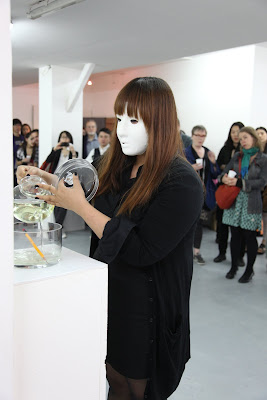 Where are you from ?
I’m from Korea.
From South-Korea or North-Korea ?
I’m from the South, I don’t know anyone from North-Korea; do you know someone ?
Yes, i met 2 or 3 maybe.
Really ?...

« a conversation between a South-Korean with French people in Paris »

I would like to organise an exhibition bringing together South Korean, French, and German artists who live in France. Due to their regional proximity, people from South and North Korea coexist in Paris. North Koreans think of Korea as a single country whilst South Koreans don’t. Typically, a man (South Korean) who has tasted the capitalism does not want to meet his ex-girlfriend (North Korean).
The song called « Our Wish is Reunification » has not been heard in a long time. It gradually receded to the past. We are now indifferent to reunification. However, more and more North Koreans have been able to leave their country and are scattered all over the place including South Korea. In this fast changing globalized world, people seem to have difficulties to orient themselves how to think about this matter of the two Koreas. Everyone knows that there are two Koreas. But which one of them has promoted Korea better to the world ? South Korea’s K-Pop ? Its economic development ? International sports competition ? North Korea’s nuclear development ? Poverty ? Dictatorship ? Good Korea or evil Korea ? There cannot be a simple answer. And the world does not know much about North Korea.
Historically, several kingdoms such as Goguryeo, Baekje, Silla, Gaya, and Balhae co-resided in the peninsula. It has been unified since AD918 by the Goryeo dynasty, where the name “Korea” origins from. Today, the division of the country is the result of the World War II, when the Soviet Union and the United States military came in to north and south part of the peninsula to dis-arm the Japanese colonial government in 1945. The Korean War started in June 1950 and ended in July 1953 when the United Nation’s commander-in-chief, Mark Clark, his counterpart in the Korean People’s Army, General Commander Kim-Ilsung, and China Commander Peng Dehuai reached a cease-fire agreement. (Formally therefore, the war has not yet ended !)
Since then, the cease fire line was drawn across the map, and a demilitarized zone of two kilometers-width on each side was created where military deployment or any kind of activities have been prohibited. Yet, around this 4x250 km2 zone of nature there are still high-voltage wires and thousands of hidden mines. This geological boundary separating the divided country is called the DeMilitarized Zone (DMZ), but paradoxically is the most militerized zone with concentrated firepower in the whole world. Contrary to the tension generated by human beings mountain goats, wild boars, deer and other wild animals, along with various kinds of rare plants are cherishing their lives free from human activities. Two ironic theories are thus being neutralized in this very place: the Demilitarized Zone makes the boundary of ‘One (and/or) Two’. On the one hand, South Korea (and/or) North Korea, Republic of Korea (and/or) Democratic People’s Republic of Korea : can be thought of together as a single country. But on the other hand, a concept of two different separated countries, but originally one country, realization of the reality, co-exists. In other words, Korea can be two but also can be one.
How would it be like if the exhibition and cultural performances were done together with North Korean artists? I am designing this exhibition waiting for such a moment of togetherness.